Moussa Sène Absa began his career in cinema by writing the screenplay for “The children of God”, then the short film “Le prix du mensonge”, that won a prize in Carthage in 1988. In 1991, he made a feature film in 16mm “Ken Bugul” and several short films, including “Jaaraama”. The following year, he directed the feature film “Ça Twiste à Poponguine”, that won sev-eral international awards. In 1994, he signed a short film “Yalla Yaana” and, in 1996, “Tableau Ferraille”, a feature film in 35mm that won several awards, including the best picture at FESPACO 1997.

In 2002, he directed “Madame Brouette”, who brought the Silver Bear to the Berlinale. His two last features, “Teranga Blues” was presented in competition of FESPACO in 2007, and “Yoole” in 2013. 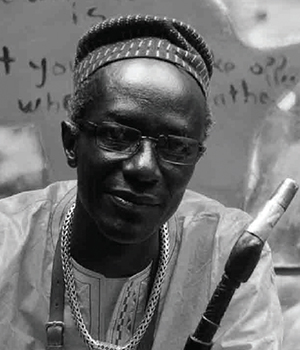