Graduated in Law, in film studies and in cultural management, Karim Aitouna is a film producer  working between France and Morocco with HAUT les MAINS productions in Lyon and Waq Waq Studio in Tangier. In 2013, he was selected as Emerging Producer at the Jihlava DIFF. He produced among others productions : Anna Roussillon’s award-winning “I Am The People” (2014), David Yon’s “The Night And The Kid” (2015), Rä Di Martino “Contro Figura”, “Poisonous Rose”s by Ahmed Fawzi Saleh, awarded more than 16 international awards and Egypt Oscar nominated for 2020 and lately the documentaries “Dans La Maison” by Karima Saidi & “Gevar’s Land” by Qutaiba Barhamji, and “Europe” by Philip Scheffner. 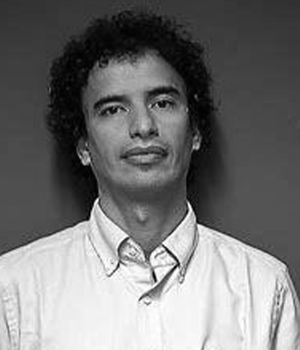