In 2028, in a gloomy Tunis infested by a Pandemic, Zaïn loses his wife Nour with whom he is madly in love. His grief is immense. He turns against the system and refuses to take the daily pill that is supposed to protect the population from contracting the virus. Since then, he has been hunted down by the authorities and is hiding in the Medina. While the whole population has stopped dreaming, Zaïn starts dreaming again and sees his wife who tells him that there is something going on in connection with this famous pill. He also meets several people in his dreams who tell him they are his ancestors.

We are producing “Mnema” for several reasons, but undeniably for its political message, which promotes a free society that wants to make a clean break with obscurantism. “Mnema” is a hymn to love. And through this film we want to participate in social appeasement and the promotion of universal human values.

But we also hope that this film will allow for the diversification of the Tunisian films and that it can be distributed to international markets that were not very accessible until now. Whether in terms of theatrical or digital distribution, “Mnema” corresponds to the genre and style that is eagerly awaited by audiences around the world. 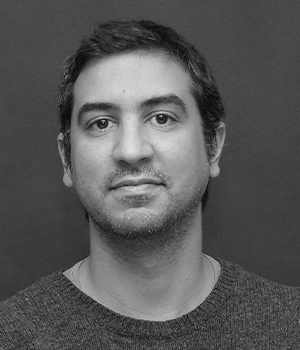