The wind-swept town of Zinder in the heart of the Sahel region of Niger is a place travellers only pass through.
Kara-Kara, the former lepers’ quarter, is the pariahs’ district of this town. Gangs referred to as the “Palais” have sprung up in this area and are spreading their influence throughout the town. Obsessed by a culture of bodybuilding and violence, the gang members induce fear in the population.

Outside the moments spent together in a body-building camp, some of them follow the path that will lead them to a life of crime and prison or a violent death, others strive to pull themselves out of the rut they find themselves in. This is the case for Siniya, Bawo and Ramsess, whom the director, originally from Zinder, has succeeded in filming up close to reveal to us their survival strategies. By following them in their daily lives divided between their gang, their family and fending for themselves, she gives us a sense of their desire to break free from the cycle of violence which has built their identities. (andanafilms) 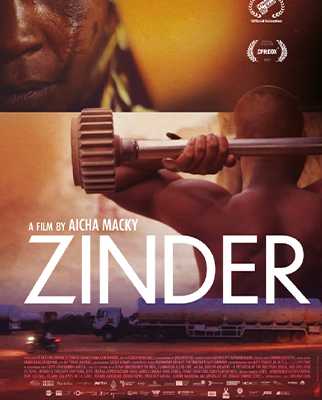