Bangui, Central African Republic. Albert is 16 years old and has just discovered the world of music. He is fascinated by this world and dreams of making a life for himself in it, despite the admonitions of his parents who absolutely want him to study hard. With his musician friends, Rafiki lives in a carefree youth. Yet Rafiki is not a Central African like the others. He is a refugee. His parents fled the Congo when he was very young. And their status in Bangui remains very precarious. When his father started to apply for Central African nationality, things went wrong and both parents were sent to prison. At 16, Rafiki finds himself without any support. He has to take care of his four younger children and find the money to get his parents released. Against all odds, music will help him.

I met Rafiki Fariala several years ago and followed his progression in filmmaking until his latest film, “Nous, étudiants!” which won several awards at international festivals. After my training as a producer in CinéBangui, I joined Makongo Films at the beginning of the year, which now allows me to accompany Rafiki in the making of his new film, which will be his first fiction. The subject of “Congo Boy” touches me personally because I was also a refugee during the Central African crisis. This film already benefits from a solid co-production with France and the DRC and is progressing in the writing process thanks to Rafiki’s collaboration with a French co-writer (Tommy Baron). We are counting on the Ouaga Film Lab to take a decisive step in the development of the project. 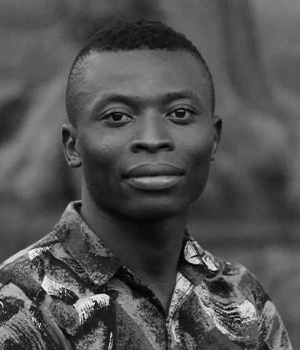