Five friends reunite in the middle of Santiago Island’s countryside, in Cape Verde. Following Julio’s invitation, former PAIGC (African Party for the Independence of Guinea and Cape Verde) guerrillas, Tutu, Silvino, Pedro Pires, and Agnelo get together for the first time after decades and reminisce over the greatest utopian adventure of their lives: Operation Cuba. Organized by Amílcar Cabral, to train them in the military in Cuba and return to Cape Verde to free the country from the grips of colonialism. Through their recollections, we navigate between past and present. Immersing themselves in memories, our protagonists reflect in a fun and sincere way on the victories, defeats, and disappointments of their independence process. They wonder about the future of Cape Verde and Africa in an increasingly fragile world.

“Nós, Povo das Ilhas” For me, it is a bet on the construction of a necessary dialogue between the new generations of Cape Verdeans, and the memory of the construction of their country. The making of this film has been a long process of digging into the meanders of our country’s history, establishing a deep relationship between what were the dreams and desires of those young dreamers in 1965, and what are today our dreams and desires for the future of our country.

Throughout the development of the project, we have built production relationships that also respond to our aspirations as young filmmakers, creating increasingly close relationships with our African partners, and increasingly partisan relationships with our European partners, notably Portugal. In this sense, we have built a consortium between Cape Verde, Mozambique and Portugal, taking advantage of international funding windows (HotDocsBlue Ice Fund), national public funding (Portugal and Cape Verde) and television investments (RTP). 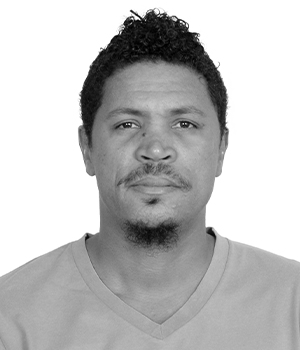